For the past three years, Hollywood has been buzzing with speculation as to whether former Pixar head John Lasseter would transform Skydance’s animation division to the same lofty strata as Disney and his former employer Pixar. With the release of Skydance Animation’s first feature-length film “Luck,” the time for wondering over David Ellison’s choice of Lasseter to head Skydance Animation is over. “Luck” shows that Ellison and Skydance Animation made a lucky choice when they brought John Lasseter on board.

“Luck” possesses the attention to creative detail that made viewers rave about Pixar offerings in the era when John Lasseter was producing hits in the likes of “Cars 2” and “Monsters University.” As the “Patriot Ledger” of Quincy, Massachusetts, put it, “Director Peggy Holmes and head writer Kiel Murray, both fellow refugees from Pixar with John Lasseter, mold into a sensory sensation of vibrant colors melded seamlessly into an array of Rube Goldberg-inspired gizmos and magical characters ranging from leprechauns and dragons to unicorns and hazmat rabbits.”

“Luck” is another amazing visual fête from the unquestioned master of animation. But the new film also demonstrates Lasseter’s enduring respect in the industry. In addition to the indispensable John Ratzenberger as voice talent, “Luck” also features Jane Fonda voicing a starring role.

“Luck” Reimagines What It Means To Be Lucky Sam Greenfield is an agility-challenged and chronically unlucky 18-year-old who has just aged out of the foster care system, much to the dismay of her younger foster care sibling Hazel, who is due to be adopted soon.

One night, Sam shares her panini with a black cat named Bob (voiced by Simon Pegg of “Shaun of the Dead” fame). After sharing her sandwich, she finds a penny. She hopes to give it to Hazel to add to her collection of lucky items to ensure her adoption.

But the next morning, Sam discovers that owning the lucky penny has significantly increased her luck. However, she quickly loses her penny by flushing it down the toilet. As Sam bemoans her bad luck, she encounters Bob the Black Cat again. She tells Bob her story, and he berates her for being so clumsy. Shocked, she follows Bob through a portal to the three-tiered Land of Luck, where leprechaun-like creatures manufacture good luck for humans, a unicorn with a German accent manages the mezzanine, and a machine called a Randomizer in the basement creates bad luck. Bob explains that he needs the penny to travel through the Land of Luck, and he will be banished if Luck’s senior management learns that he has lost it.

Sam and Bob make a deal for Sam to get another penny for Hazel’s good luck and for Bob to continue to be able to travel through the Land of Luck. In their travels and many mishaps, Sam learns about the true nature of luck from a gruff dragon queen named Babe (Fonda) and the unusually lucky black cat Bob.

There is a section of the movie where the dialogue is a little heavy on poop jokes, as Sam descends into the bowels of the Land of Luck. But the eye-catching animation casts a spell over viewers of all ages throughout the film.

“Luck” Is Sure To Be A Hit With Kids As the movie “Luck” teaches us, luck is what you make it out to be. “Luck” is proof that John Lasseter’s illustrious career is nowhere near its end, and his lasting charm will continue to take him to stellar destinations.

Where: In theaters and on Apple TV+ on Aug. 5

Fixer-Uppers: The Key Mistakes To Avoid As An Investor 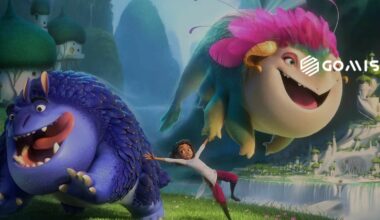 Read More
Whether you’re an animation fan yourself or have young children at home (or both), you were no doubt…
EEntertainment 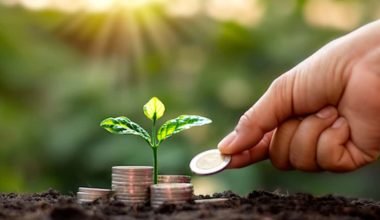